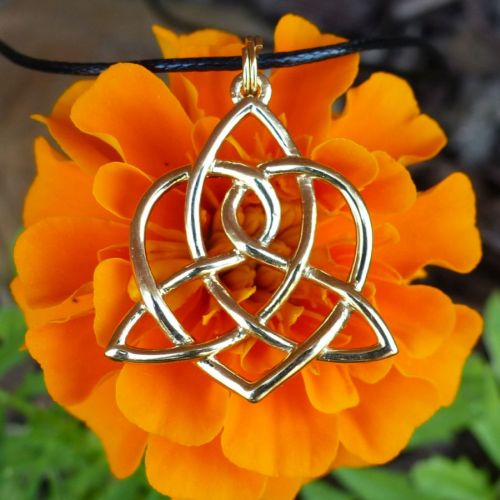 I recently designed three new pendants, each with a different inspiration.

The Celtic Sisters’ Knot is one that I’d been meaning to do for a long time. My most popular pendants seem to be ones that symbolize family in one way or another, such as the Motherhood Knot, Father’s Knot, and Mother and Child Knot. This is my version of this knot.

I was inspired to create this when I read a quote that said “Hope is the anchor of the soul.” I really liked the idea of the anchor as a symbol of hope. It’s not intuitive but it still seems to work. This phrase is inspired from a Bible passage, Hebrews 6, verses 16 to 20. Here is the full passage from the New International Version:

16People swear by someone greater than themselves, and the oath confirms what is said and puts an end to all argument. 17Because God wanted to make the unchanging nature of his purpose very clear to the heirs of what was promised, he confirmed it with an oath. 18God did this so that, by two unchangeable things in which it is impossible for God to lie, we who have fled to take hold of the hope set before us may be greatly encouraged. 19We have this hope as an anchor for the soul, firm and secure. It enters the inner sanctuary behind the curtain, 20where our forerunner, Jesus, has entered on our behalf. He has become a high priest forever, in the order of Melchizedek.

This was inspired from various tattoos I have seen, and also from the Dropkick Murphys album cover Signed and Sealed In Blood. I really liked the image of a bleeding rose and wanted to understand what it meant.

Obviously, the rose is a symbol of love. Some would say that a bleeding rose is supposed to symbolize the idea that love can outlive death. This idea goes way back actually, all the way to Greek mythology. The rose was a symbol associated with Aphrodite, who was often depicted wearing them. Adonis was her lover. There is a legend that a rose bush grew where he died and his blood had spilled, and that before that roses were white and not red.

The Celtic Knot around the border of the shield is also another reference to this idea – two loops are intertwined and don’t have a beginning or an end. Celtic art and Celtic knots often border on goth style in a lot of cases. This one is probably the most goth design I’ve ever done. It took a long time to figure out how to make the rose intricate enough to be somewhat realistic, but also robust enough that it could actually be 3D printed.

Shapeways is featuring a short interview with me and some pictures of my designs in their Designer Spotlight this week. I’m extremely flattered and honored they chose me for this feature. I used to see the designers who were featured on that and some of their designs are mind-blowing. I’m still not sure my designs are on the same level as some of the artists on Shapeways, but I think I have come a long ways from when I started. A link to the interview will appear on their front page starting tomorrow. Here is a part of the article:

This week, we are highlighting Dan Foley of D&O Designs! Dan’s shop is full of intricate, beautiful celtic designs. The complex designs pair perfectly with 3D printing, and give Dan a chance to take a break from technical engineering and focus on his artistic side.

Tell us a little bit about yourself: Who are you? Where are you located?
I’m a professional engineer and 3D designer located in Davenport, Iowa. I have a beautiful wife and three children. The “O” of D&O Designs is for my son, Owen, who is learning to be a 3D modeler.

What’s the story behind your designs? What inspires you?
My focus is on Celtic Knot jewelry. In the past few years I have become a lot more spiritual, and Celtic Knots are a representation of that. I read that some believe the complex knot designs represent “humans’ complex relationship with the natural and the divine.” This sums up my feelings pretty well.

What brought you to 3D printing with Shapeways?
I had known about the idea of 3D printing for a long time, but I had no idea it was so easily accessible. A friend told me to check out Shapeways. I was blown away and I had to try it. Once I received my first Shapeways shipment, I was hooked.

To read the whole article with pictures, click here. 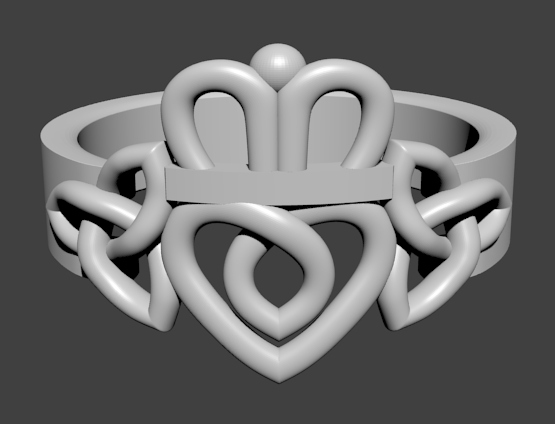 As a deisgner of Celtic jewelry, I have long been a fan of Claddagh rings and necklaces. For a long time I put off designing my own version of the Claddagh ring because frankly there are so many kinds out there already. It was difficult for me to see what I could add or offer that had not already been done. But a few customers encouraged me to design a Claddagh symbol, so I decided to give it a shot.

I started out by looking at many different ones and I compared and contrasted them. I wanted to go for a simple and bold design, also featuring a Celtic knot, which is my signature. Someone on Facebook suggested I try a version where the crowned heart is bracketed by triquetra knots instead of hands. So I did a version of that, too. I also did a more traditional one where the crowned heart is being held by hands. The hands were by far the most difficult part of all of this to design, and they are also what I am most concerned about turning out correctly in the manufacturing process.