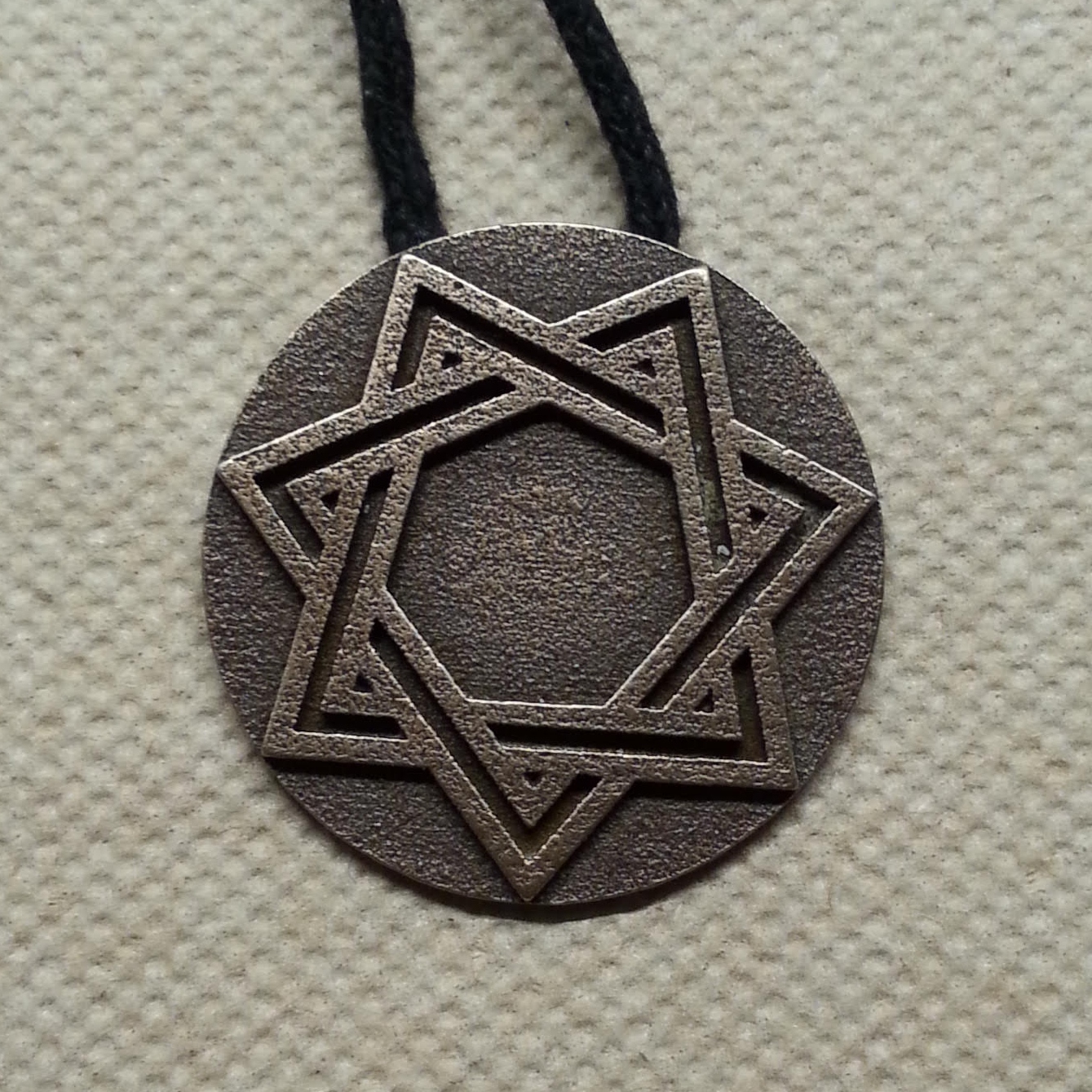 Keep in mind that some may refer to the septagram as a heptagram. You will find in all of the sections below that the septagram represents groups of seven. It often represents completeness or wholeness.

Biblical Meanings Associated With the Septagram

According to the Bible, God created the Universe in seven days. The seventh day was the Sabbath. Also, Isaiah 11:2-3 describes seven Gifts of the Spirit:

3 and he will delight in the fear of the Lord.

Less pleasant to think about are the seven deadly sins. Those are lust, gluttony, greed, laziness, wrath, envy and pride. Some believe Revelations 16 says that seven plagues will herald the end times.

Septagram As An Occult Symbol

For centuries, astronomers knew of only seven other planets than Earth. They were called “wandering stars”. They were: Sun, Moon, Jupiter, Venus, Saturn, Mercury and Mars. The Sun and Moon occasionally were eclipsed. Also, the Moon would go through phases. The other five “wandering stars” were a lot more distant. All of the normal stars moved in a straight arc every night. The five “wandering stars” appeared in different places every night, and did not move in an even arc like the others. Their position relative to Earth changed as they went around the Sun. Because there were seven known planets, the number seven and the septagram became another symbol of the completeness of the Universe.

The names of the days of the week also come from these seven original planets.

Modern pagans adopted the septagram as their symbol. It is sometimes called the “Elven Star”.

Finally, some believe it represents seven directions – North, South, East, West, Above, Below, and Within.

Septagram As A Symbol of Alchemy

Before I read about this, I thought that Alchemy was about trying to convert common metals into valuable metals. The classic example is the attempt to turn lead into gold. That is known as physical alchemy. However, there is a belief that the same steps of Alchemy can apply to a spiritual transformation for a person, known as Spiritual Alchemy. This is by far the most interesting meaning to me.

The Seven Steps of Physical Alchemy

The Seven Steps of Spiritual Alchemy

I summarized these seven steps from these two sources:

Also, some call the process of alchemy Magnum Opus. There are four main stages. However, people often expand these to more stages, such as the seven described above.

Finally, alchemists chose seven metals, again based around the planets:

Other Uses of the Septagram

Occasionally, heraldry uses the septagram symbol. Anything from flags to uniforms can use the septagram. One example is the Flag of Cherokee Nation. Coat of Arms, family crests, and other similar symbols sometimes use the septagram. A few police forces use a septagram shape for their badge. Some people researched why many police forces use stars as badges. It doesn’t sound like there was much reason behind it. The main reason so many chose a star as a police symbol was because it was simple and fairly easy to make.